Imported from Romania WAIT AND SEE OF CLEAR PASSION “Aspen” 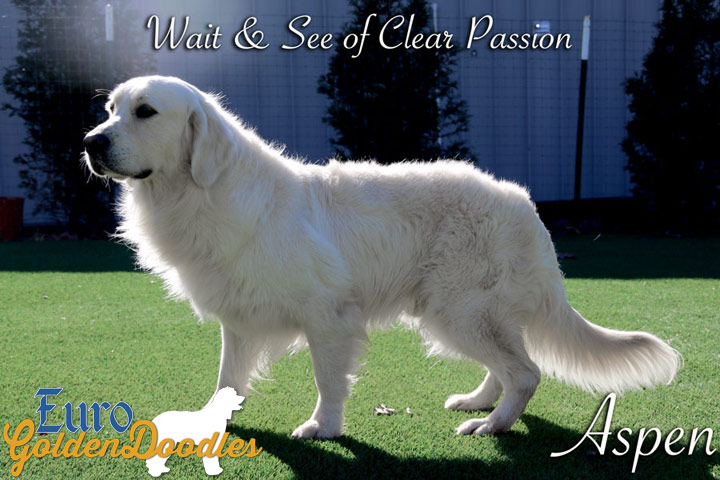 Aspen is an absolute gorgeous English Cream Golden Retriever imported in from Romania. He too is almost PERFECT in every way.

Aspen has passed all of his health testing’s with flying colors. We are so extremely excited to finally add another high quality stud into our Euro Goldendoodle program.

Aspen has been DNA Profiled by the AKC and is triple registered with ACHR (Romania Kennel Club), AKC,  and GANA.

As with all of our Studs; Aspen has one the most impressive pedigree of any English Golden Retriever that we have seen in the world today.

Aspen was selected to be a stud dog for Euro Goldendoodles because he is the nephew of our favorite all time English Golden Amos. His mother is the sister of Amos’ father. He was bred by the same breeder and has the same incredible pedigree lines. We have produced many incredible healthy and beautiful pups from Amos and so it was natural to do our best to purchase another male from the same great breeder with the same great lines. Aspen thankfully has not disappointed. He has the same beautiful unique blocky head as Amos. He came back with near perfect health clearances and is a very sweet, dependent and well behaved boy. His is not a large male and weighs only around 65 lbs. He will produce pups that are not going to be huge but beautiful and loving.

He, like Amos, has one of the most impressive pedigree of any Golden Retriever that we have seen in the world today. His father and mother are both Romanian and Serbian Champions and his grandfather is the famous Moondust Masterpiece from the Netherlands (World Champion in 2006). 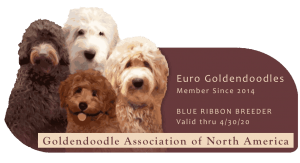