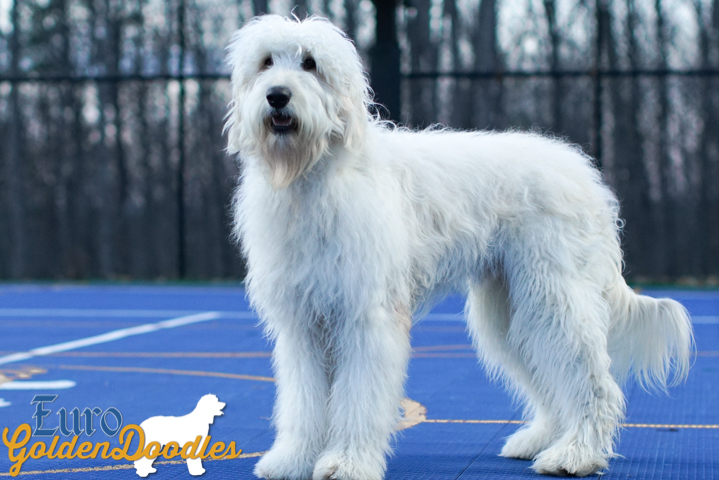 Tucker is our newest incredible F1 Goldendoodle Stud born from Khloe and Aspen in January, 2017. He is the BEST Goldendoodle we have ever seen. He has everything…World Class pedigree, beautiful looks, sweet temperament, high intelligence, and perfect health clearances.

Tucker’s personality is what really makes him stand out. He has the perfect middle of the road personality, meaning, he loves being with us but he is also perfectly content being by himself. Tucker is calm, but at the same time playful and outgoing. He has an incredible temperament.

We look forward to him passing these traits to his offspring. We are so excited to add another high quality Stud our program. He will be producing F1B Euro GoldenDoodles!!!

Tucker has perfect health clearances. We are very excited to finally add another weorld class stud into our program. He will be producing our highly anticipated F1B Euro Goldendoodles. 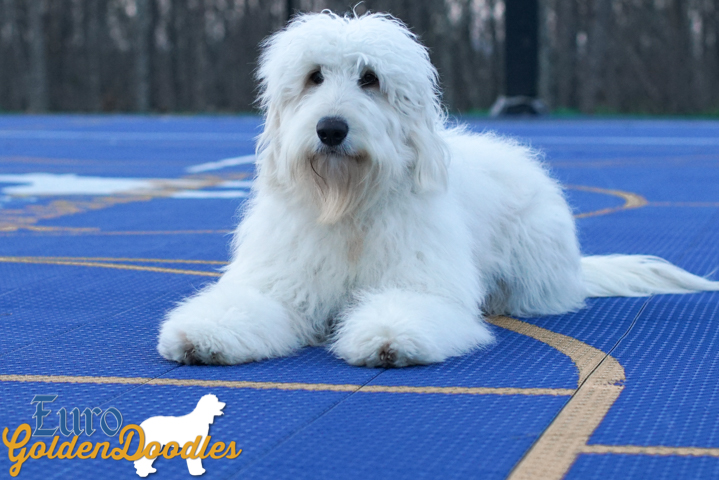 Tucker’s pedigree is better than any GoldenDoodle you will find. His mother, Khloe is a beautiful white standard poodle with many champion bloodlines and great health clearances. Tucker’s father, Aspen is one of the highest pedigreed English Golden in the US today. He like our other Stud Amos, come from the same pedigree line. Both parents are sweet and beautiful. His grandfather and grandmother are both Romanian and Serbian Champions and his grandfather is the famous Moondust Masterpiece from the Netherlands (World Champion in 2006).