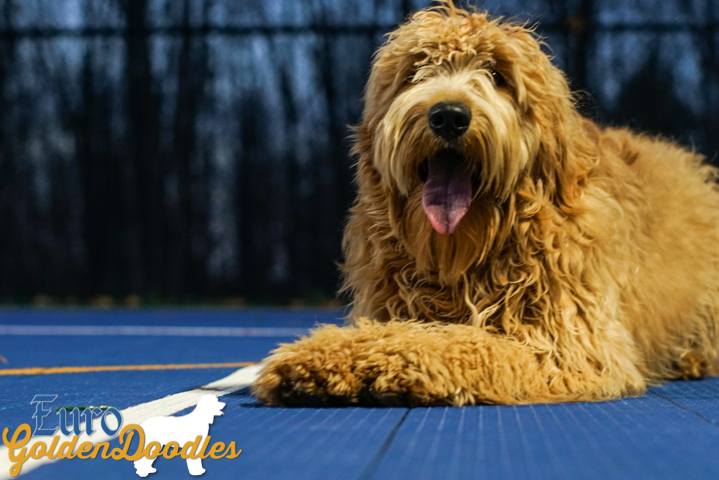 Lila is our new incredible female F1 Euro Goldendoodle born from Kami and Amos . She is one of  the BEST Goldendoodles we have ever seen and we’re so excited to add her to our program. She has everything…World Class pedigree, beautiful looks, amazing sweet disposition, and of course highly intelligent.

Lila personality is dependent, loving, outgoing and incredibly intelligent. She is well adjusted and loves  and to be doted on. She’s never met a stranger. She has the amazing temperament, we’re looking for to add to our program.  We are so  excited to add her to our program.  We will be producing F1B Euro Goldendoodles with her.!!!

Lila has passed all her health clearances. We are very excited to add her into our breeding program. She will be producing our highly anticipated F1B Euro Goldendoodles. 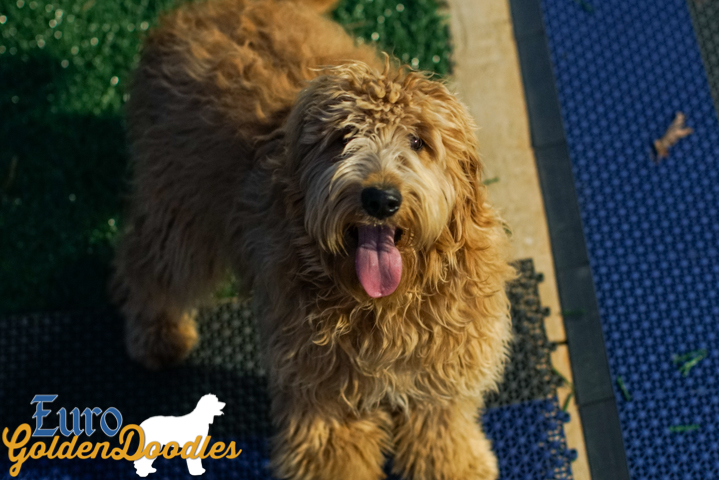 Lila’s has one of the best pedigrees you will find in an Euro Goldendoodle. Her mother, Kami is a beautiful red standard poodle with many champion bloodlines and great health clearances. Lila’s father, Amos is the highest pedigreed English Golden in the US today. He is a 2013 International Champion and is in the top 4% of all Golden Retrievers in his health clearances. Both parents are sweet and beautiful. Her grandfather and grandmother are both Romanian and Serbian Champions and his grandfather is the famous Moondust Masterpiece from the Netherlands (World Champion in 2006).